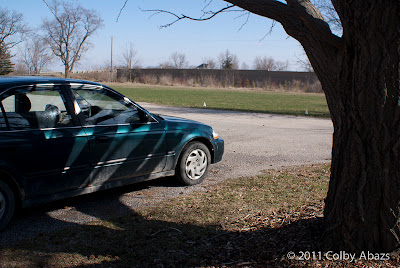 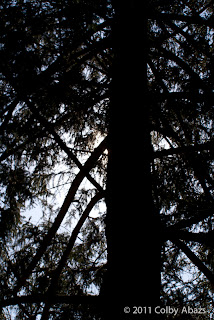 There were a few other types of light talked about in my book. Backlighting can create very dramatic silowet. I was not the happiest with this one but thats not to say I dont like it. One thing that is important in silowets is that the subject be recognizable. Since I didn't like the silowet so much I took a shadow picture. I liked the design of the branches shadow on the parked car. I also liked how the picture is nicely framed with dark shadows on most sides. Finally I tried to practice making pictures with the light coming through thin objects. Being early spring before any leaves are out this was hard. I finally settled on trying to get the setting sun to shine through some pine twigs. It is not exactly the desired effect but did end up being a nice example of using depth of field to isolate a subject. It also had some interesting use of light with it highlighting the edges and tips making it stand out. All in all my favorite picture from this group. 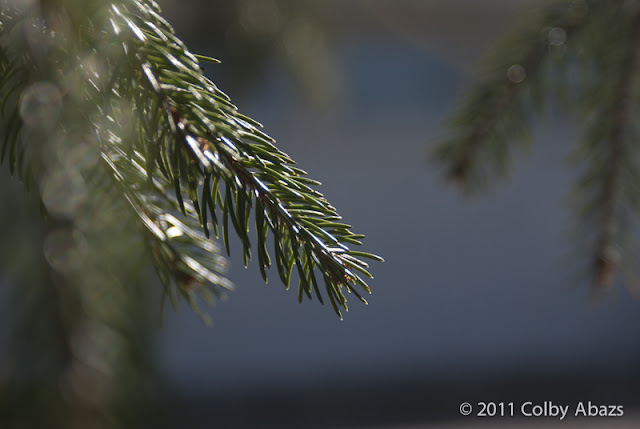